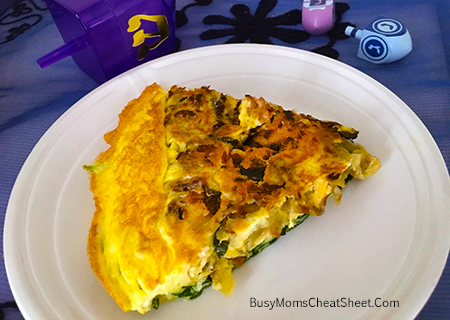 After eight days of Hanukkah, my family definitely gets their yearly fill of latkes served with applesauce and sour cream or Greek yogurt. This year, we still had leftover latkes on hand and I didn’t have the heart to throw them away after all the work that goes into making them. To change things up, I made our Sunday Frittata using the leftover latkes and they turned out amazing!

In less than 20 minutes, I was able to whip up a warm frittata with latkes as the main star. I also added a handful of baby spinach which is a great source of vitamin A, iron, and calcium.